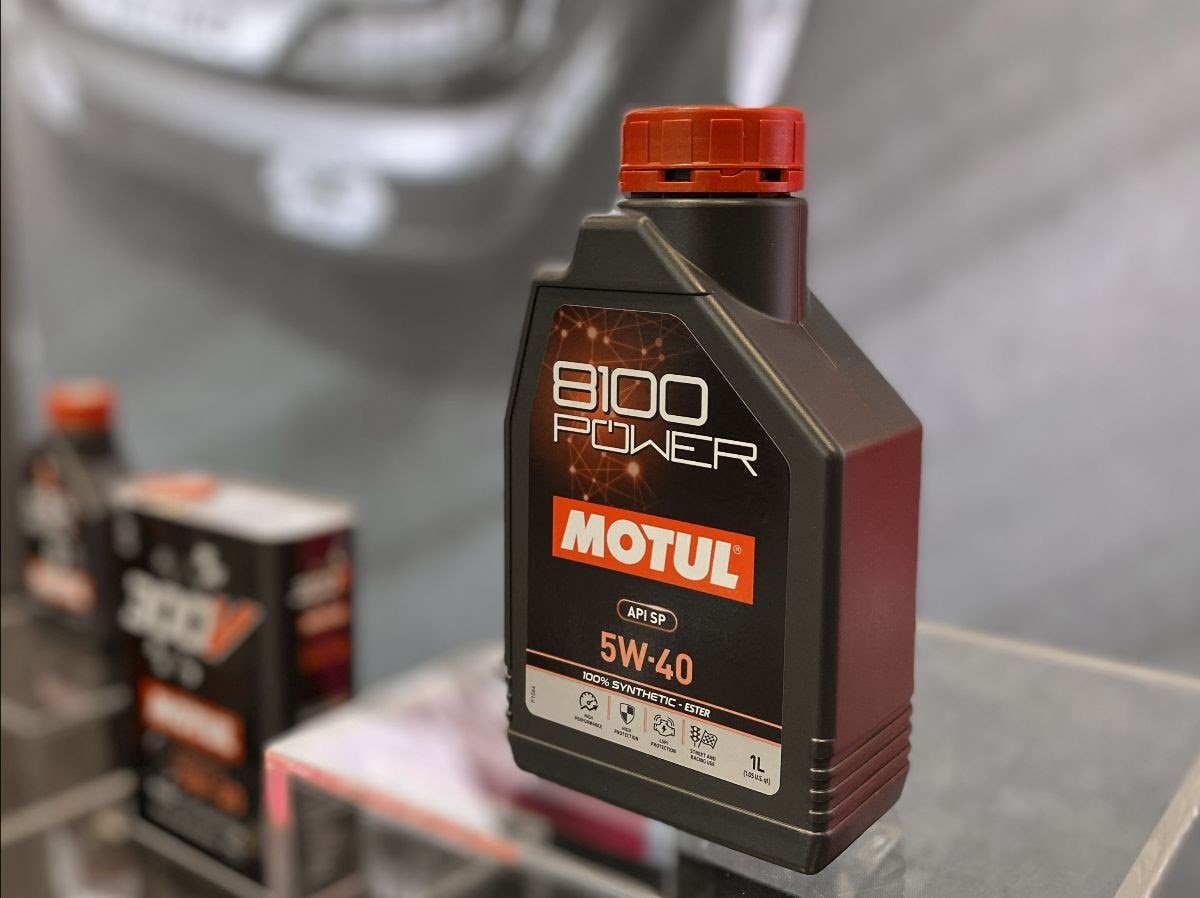 Motul Asia Pacific’s CEO Lionel Dantiacq unveiled the company’s latest product, the Motul 8100 Power at a media launch held at the Singapore Motorshow 2023, where Motul is the official lubricant sponsor.

Targeting the road-going daily use performance segment, Motul’s newest product has been developed for discerning customers who are looking for extra performance in their daily drive. A consumer study has shown that drivers in Asia are willing to spend more on high-performance lubricants and products, reflecting the growing awareness of car maintenance and the need for protection.

The Motul 8100 Power has been developed as a fully-synthetic, high-performance lubricant with the use of ESTER Technology honed by Motul`s years of expertise offering smoother engine operations as well as reliability with enhanced protection that combats Low Speed Pre Ignition (LSPI). This latest product, uniquely formulated by Motul aims to target users with the attitude for performance who are looking for an extra boost to their everyday driving experience.

8100 Power has already been recommended and tested extensively for road-going high-performance vehicles at manufacturer recommended drain interval. In addition, the 8100 Power is also compliant with vehicles that require API SP grade lubricants.

8100 Series is formulated to comply with an extensive list of car manufacturers including but not limited to Volkswagen, BMW, Mercedes-Benz, Toyota, Suzuki, Honda, Subaru and Hyundai. The Motul 8100 Power will be available in four viscosities – 0W-20, 5W-30, 5W-40 and 5W-50 (in 1L and 5L pack sizes) which are applicable to a wide range of road-going car engines.

Market Optimism and Celebrations in 2023

Looking ahead, Dantiacq expressed excitement towards Motul’s upcoming 170th anniversary milestone in 2023, which promises to be a dynamic year showcasing a continuation of the best product offers and the implementation of robust multi-channel initiatives to amplify strong brand and customer engagement The company continued its commitment to motorsport in Asia, announcing its participation at the returning Sepang 12 Hours endurance race as the official lubricant supplier. The resurgent event is set to be held in March 2023.

“I am thrilled to be starting 2023 with the launch of the Motul 8100 Power. Today’s launch is a continuation of our successes in 2022, thanks to the dedication of our colleagues, partners and customers. Looking ahead, we are committed to increase our market presence by expanding ecosystem partnerships; focusing on product and service innovation; and anticipating new mobility trends in the region. Ultimately, we will work tirelessly to ensure that Motul remains the definitive, preferred brand for consumers in the years to come.”