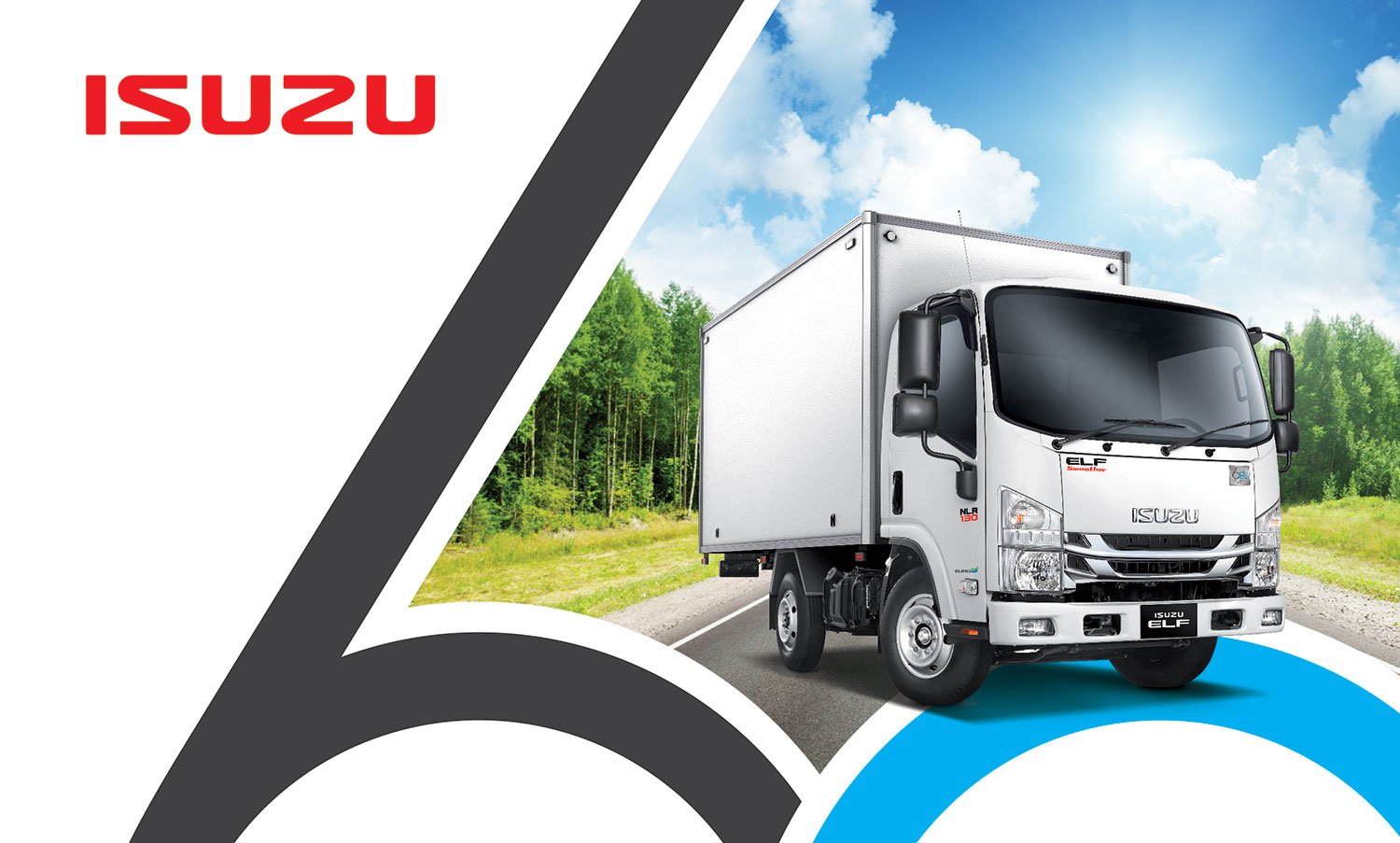 26th August 2019 marks the 60th anniversary of Isuzu’s best-selling Light Duty Truck, the ELF.  First introduced by Isuzu Motors Japan in August 1959, it has steadily become a firm favourite internationally in the light-duty truck segment. The ELF truck is known for its durability, continuous innovation and superior quality.

The ELF has gone through massive changes and notable milestones throughout the years. The first generation introduced in 1959 was a two-tonne, cab-over design with a 1.5 litre petrol engine. A 2 litre diesel engine was only introduced in 1960, making it a first for its class. It was then later preceded by the second generation in 1967, when the ‘Isuzu Light ELF’ model was added to the existing line-up, with upgraded engine capacity and performance.

Meanwhile, in 1975, the third generation was introduced featuring various facelifts, and later in 1978, Isuzu sold their millionth ELF. The third generation ELF also went through a number of enhancements that by 1980, it met Japan’s 1979 emissions standards, while the exterior being redesigned to accommodate a tilting cab.

In 1984, Isuzu hit a new milestone when the newly introduced fourth generation ELF began to be exported and manufactured internationally in several different countries, including the United States, Australia and China. Aside from exterior updates, the fourth generation also featured engine technology innovations, from the direct injection diesel engine, to the turbo diesel engine, in addition to the debut of the four-wheel drive version of the ELF 250.

The fifth generation, rolled out in 1993, introduced various enhancements, including an upgraded, cleaner diesel engine, aside from distinguished exterior styling. In the span of the 60 years of enhancements and technological improvements that the ELF has undergone, the current sixth generation of the series now boasts improved styling, a sturdy yet lightweight cabin, smoother engine transmission, and clean yet powerful turbo diesel engine.

Isuzu first introduced its line-up of trucks to the Malaysian market in 1979. Since then, the ELF light-duty truck quickly became a transport staple for businesses in search of high quality and reliable trucks that also offered great fuel efficiency. Isuzu trucks are assembled locally at the Isuzu HICOM Malaysia manufacturing plant in Pekan, Pahang.

Over the years, the ELF Series continue to dominate the light-duty segment in Malaysia. Sales of the series have greatly contributed to Isuzu Malaysia maintaining its position as Malaysia’s Overall Top Selling CV for five years in a row, and the ELF range as the ‘Top-Selling Truck in Light-Duty Segment’ for its ninth consecutive year.

Internationally, total production of the ELF Series has exceeded a massive 6.5 million units and is currently available in 146 countries worldwide. Aside from its remarkable sales performance in Malaysia, the ELF Series have successfully retained No.1 market share in 25 countries across the region.

In addition to the ELF’s reliability, continuous product enhancement and advancement in diesel technology, preference for the light-duty trucks in Malaysia are largely due to Isuzu’s commitment in ensuring great customer satisfaction. Through its wide network of dealers and service centres, Isuzu Malaysia takes pride in providing the best after-sales experience, in order to ensure business partners and commercial customers have the necessary support needed to keep their businesses running smoothly and efficiently.

Locally, Isuzu Malaysia offers a wide range of options for the ELF light-duty truck, with 19 variants available, ranging from the 4-wheeler, 6-wheeler, 4×4 and Crew-Cab, in addition to its impressive engine output and performance, interior functionality and comfort, and safety features.