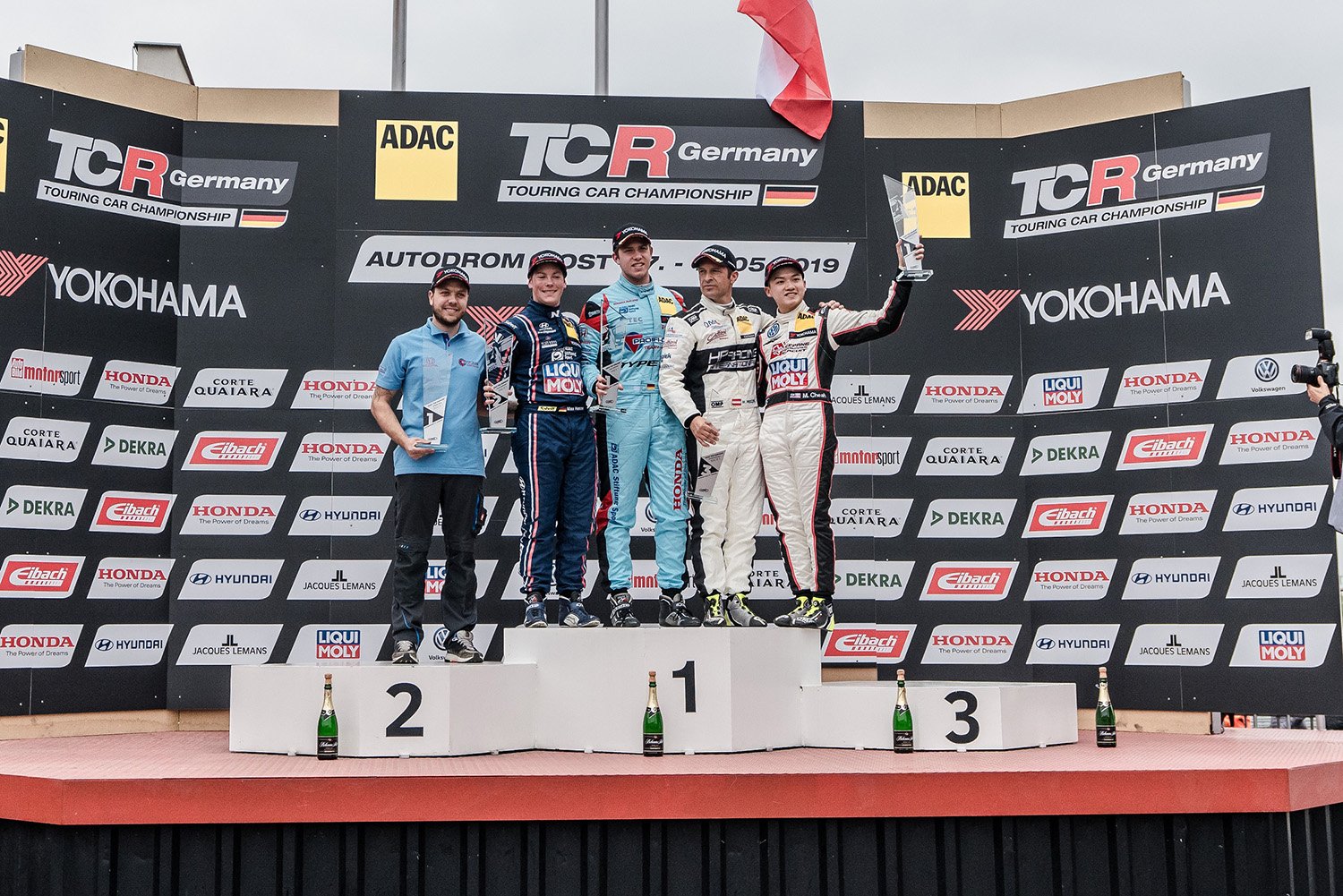 It was a great first win for Volkswagen Team Oettinger when Mitchell Cheah claimed the
Honda Rookie Challenge win on Saturday, 18 May 2019 for Round 3 of TCR Germany.
The weekend turned out to be a roller-coaster of emotions for the team, beginning with a
promising Free Practice session. Then in Qualifying 1, despite a great pace, Cheah missed
the top 12 mark by just 0.2 seconds, leaving him out of Q2 to start Round 3 from 13th
position. Round 3 was a great race for the young Malaysian driver as Cheah powered on from the
start, making up six places by turn 1 of the opening lap. Shortly thereafter, the Safety Car
was called out and at the restart Cheah was immediately pressured and fought hard to
defend his position. By the end, as his tyres wore on, he had no choice but to leave an
opening to finish the race 8th overall, the fastest Rookie driver, and claiming the Honda
Rookie Challenge win.

Round 4, held on Sunday, 19 May, Cheah once again had a solid race start, climbing from
12th to 7th as the lights turned green but a few laps later, he was involved in an incident
causing damage to his Volkswagen Golf GTi TCR and ending his race on lap 4.
“Mitch drove a clever race this weekend and was rewarded in the end. Our focus in his first
year in Europe is on the Junior Classification. The win in Round 3 is definitely a good reward
and a motivation at the same time – for the whole team. Mitch and the team deserves that for
all the hard work they have put in and I want to say a big thank you to everyone in the team”
said Kurt Treml, Team Manager of Volkswagen Team Oettinger.
The Sepang International Circuit Talent Development Program driver was clearly
disappointed at how the weekend ended. “I took a hard hit from the left in Round 4, which
pushed me over the curbs and damaged my rear axle. From there I could only drive back to
the pits. Although the other car was given a drive-through penalty, it does not change the
outcome for me. We had a strong performance today but unfortunately we could not score
any points.

“I am however, very happy with Round 3. We brought the car in 8th after a very difficult
Qualifying session. The team worked really hard and managed to get me the perfect car and
I am very thankful for that.
“I am also glad I managed to get through traffic at the first corner right at the start of the race
and make up some places at the start. Throughout the race I had good pace but I flatspotted
the rear tyres after the Safety Car restart so I had to watch the tyres and manage it
throughout the remainder of the race”.

TCR Germany will continue in Austria at the Spielberg Circuit on 7th to 9th June 2019 with
Rounds 5 & 6. The Series will then continue to Zandvoort, Nurburgring, Hockenheimring and
ends the 2019 season in Sachsenring at the end of September.
The team is supported by Liqui Moly, VW Motorsport, Pagid Racing, Motec rims,
Recaro and Eibach.